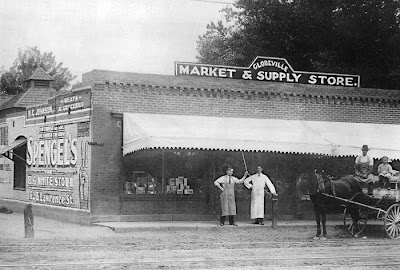 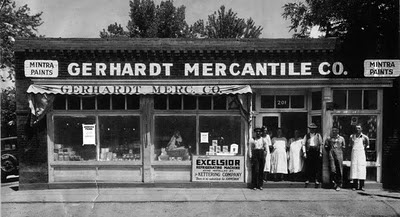 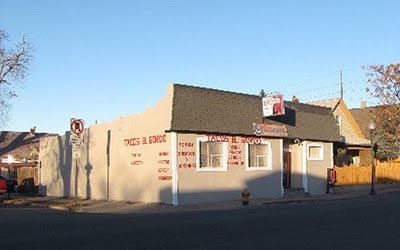 The building at 201 East 45th Avenue dates from 1882 and has been a grocery for most of its life. Lydia Heck remembers hearing that the structure was one of the company stores of the big Globe Smelter Company. The building was purchased by her father, Carl Gerhardt, in 1922 and operated as a one-stop shopping venue with everything from canned goods, freshly-made ethnic sausage, cleaning supplies, material for sewing, to toys and penny candy. Larry Summers remembers, "Grandpa would be near the door on the right, where they had a long counter like they had in dry goods stores, to measure yard goods. He would sit on a stool near the door, and, when people came in and out, he would visit with them and “dun” them for payment on their account. Right in the middle of the store was a post with a couple of phones on it, pads hanging on nails and clerks taking orders. Groceries would be gathered in a collapsible box and clerks would go all around and deliver the goods in company trucks." Carl Gerhardt sold the store in 1945, just as supermarkets were moving into the area and residents were moving to newer homes in the suburbs.

Today, the location seems to be a private residence.