I try to keep up - email, tweets, texts, Facebook, YouTube and two blogs - reporting, documenting and keeping in touch with folks. This constant chatter lies somewhere between feeling engaged and a chore.
But I have a collection of old postcards (an anachronism) addressed to family members in Globeville that I keep in a cigar box (another anachronism). These postcards include elaborate versions covered with glitter and embossing, to more simple cards with seasonal messages. All would require some effort to purchase, compose and mail.
These two Easter cards were from the Mautz family, long-time friends of my grandparents, who kept in touch while living in Salida, Pueblo, Leadville and Denver. Changes in jobs, locations and family situations can be gleaned from the messages, "Happy Easter to Andy and Ida," then to "Andy, Ida, Andy Jr and John." I enjoy the heartfelt messages, the craft of the printing and tenderness of the images. Will anyone want to save our Tweets and emails? 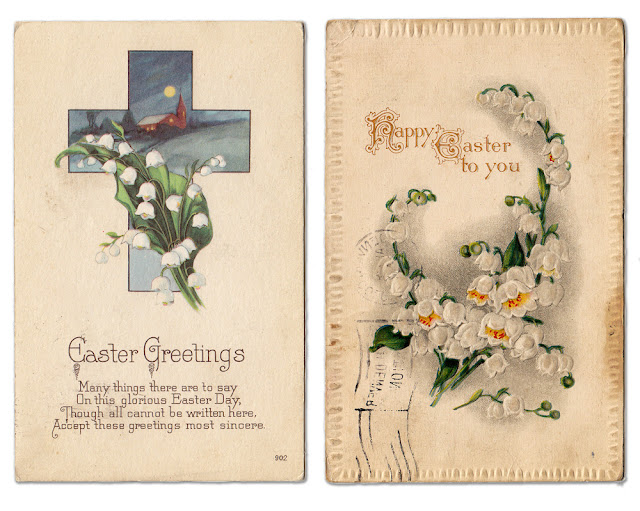 State Register 5/14/1997, 5DV.771
They look so proud, the entire congregation all dressed up and assembled in front of the church, Russian Orthodox Church, Transfiguration of Christ, about 1905. For this group of immigrants, building their own church was an amazing accomplishment and the culmination of a long journey.
In the late 19th century, Czechs, Slovaks, Poles, Hungarians, Serbians and Croatians began leaving Europe after their homelands had been annexed by the Austrian-Hungarian empire. (their passports would designate them as citizens of Austria) Their Orthodox religion had been suppressed by Roman Catholic Austria or Protestant forces in Hungary, their language forbidden and their culture nearly annihilated. Denied self rule and treated as second-class citizens, they were nonetheless required to serve in the army of their conquerers. Longing for religious freedom and economic opportunity, they would begin emigrate to industrial cities like Pittsburgh and Cleveland, making their way to Globeville by the 1880s.
Working in the three large smelters in the area, men would save enough to send for wives, sweethearts and family members from the Old Country and a small community of Czechs, Slovaks, Poles and Carpatho-Russians had formed in the area around Argo Park. By 1898, they were meeting for services in Globeville's only existing church, lent by a German-Russian congregation, and making plans to build a parish of their own. Founding members, George Pristash, Stephan Kulick, John Cintala, Sr., George Slovak, John Mindzak, Michael Kohut, Panko Homyak, Peter Kohut, John Wysowatcky, George Lesko, and Michael Dugan each contributed $50, a lot of money for men who were laborers. Others like John Kohut made bricks for the building and contributed hours of time to construct the temple.
The parish would survive revolution in Russia (their source of funds), prejudice, dissention, questionable pastors, the Depression, highway construction, the 1965 flood and parishioners moving out of Globeville. The arrival of Father Joseph and Matushka Paulette Hirsch in 1984 led to a revival of both the parish and the neighborhood.
Holy Transfiguration received state historic designation in 1997, just in time for its centennial celebration in 1998. The state register acknowledges Holy Transfiguration's significance as the first Slovak church built in Colorado and the contributions these Eastern European immigrants made to Colorado and the Globeville neighborhood.
Holy Transfiguration of Christ Cathedral 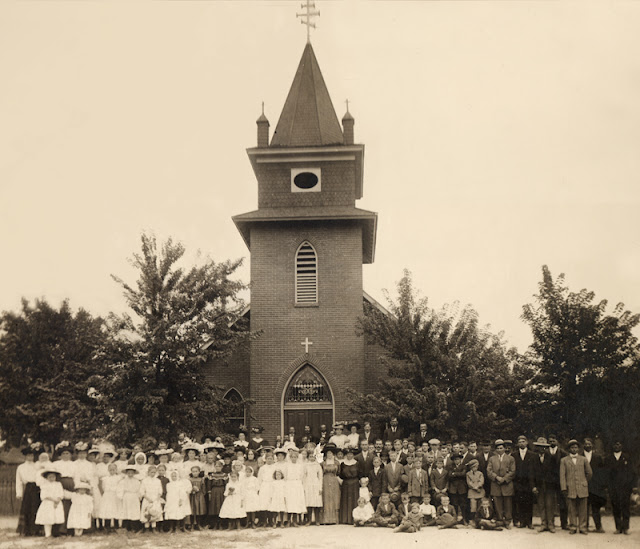 Posted by Mary Lou Egan at 2:26 PM No comments: