The eastern European immigrants who settled Globeville in the 1880s are long gone, but they left a robust legacy of their native cultures in the neighborhood. To experience the ethnic churches, food, crafts, dancing, singing and beer! of the old country, attend one or all of the church festivals.
The first of these celebrations will be the 15th Annual Orthodox Food Festival at Holy Transfiguration of Christ Orthodox Cathedral, 349 E 47th Avenue (at Logan Street). This grand event will be held only one day, Saturday, July 21, 2018, from 11:00 am to 7:30 pm. Bring Tupperware and stock up on astounding array of cuisine from Romania, Russia, Serbia, Ukraine, Eritrea, Italy, Greece and Mexico, as well as grilled lamb, hot dogs, craft beer and Slivovitz (Slovenian plum brandy).
There will be live entertainment, games for children, crafts, and an exhibit of iconography. The jewel in this festival is the beautiful (and newly painted) Orthodox Cathedral. Any building that's one-hundred-twenty years old has stories to tell (their three bells were a gift of the last Czar) and a tour of the cathedral is one you will remember. Globeville Orthodox Festival 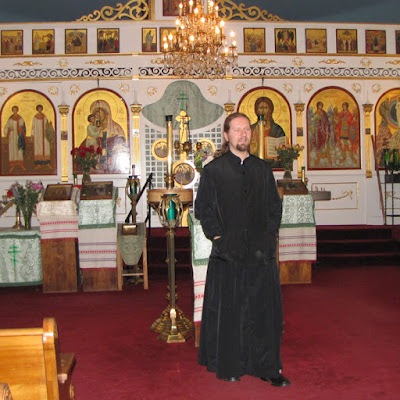 Take a tour of the historic cathedral 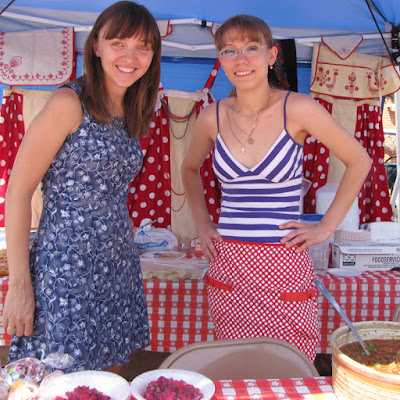 So much food, such variety!

The next big thing is the Polish Food Festival at St. Joseph Polish Parish at the corner of 46th Avenue and Pearl Street - this is the red church spire visible from I-70. Check the program for prices of food and Polish beer, and the schedule of entertainment. Polish Food Festival 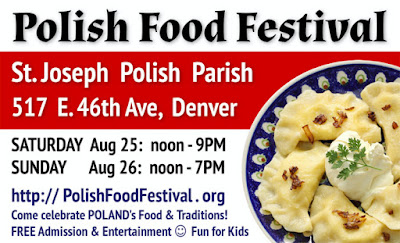 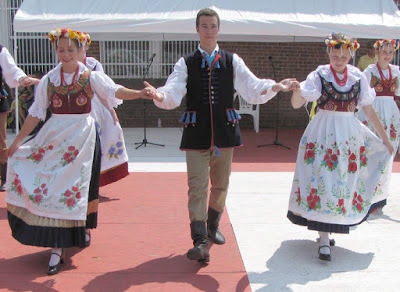 Celebrations for the festival at Holy Rosary Church are still in the planning stages. Save the date, Saturday October 6th. There will be food! Check the website for information. Holy Rosary Denver 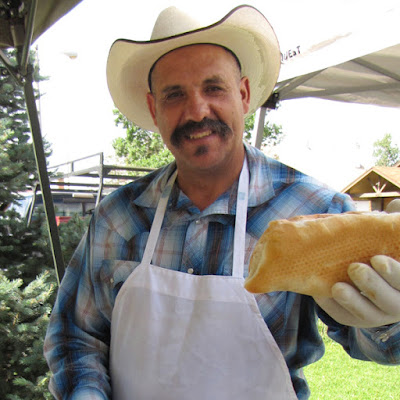 How many American flags are in each of these photos? They seem almost as prominent as the people in the photos and they are just as significant.
The first photo was taken of the ten-year-old Western Slavonic Association, a fraternal insurance organization that provided sick and death benefits for its members. The delegates to this convention in Leadville in 1919 are proud that their society survived and had been growing for a decade. In addition, members of the Western Slavonic wanted to make a strong statement about their loyalty to their new country.
After World War I, Americans sought to distance themselves from the rest of the world and turned inward. The Great War had cost American lives, but had failed to make the world safe for Democracy. The violence and anarchy of the Bolshevik Revolution was the last straw.
While the United States had welcomed and even recruited immigrants from the 1880s to World War I, it seemed time to be much more selective, and Globeville's immigrants received increased scrutiny.
Who were these people anyway? Slovenes? Croats? Their passports said Austria. And German Russians - were they German or Russian? Carpatho-Russians? Are they Bolsheviks?
These groups had large families, were Papists (Catholic) or Orthodox, clannish, and came from regions of the world rife with revolutions and assassinations. They might be anarchists! And they didn't speak English.
Even though many of their sons had served in the U. S. military during World War I, ethnic groups in Globeville were suspect. Aware of the distrust leveled at them, people prominently displayed American flags at church and lodge gatherings. A strong statement to emphasize their loyalty. 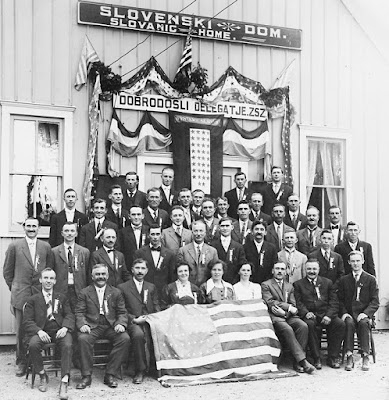 1919 convention of the Western Slavonic Association 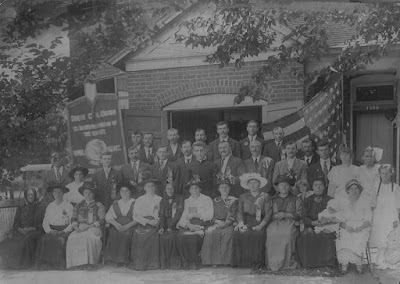 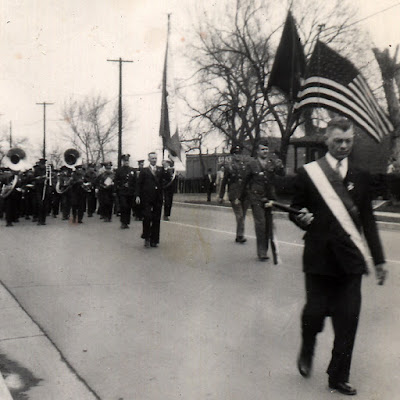 Posted by Mary Lou Egan at 9:52 AM No comments: