Illness was a threat to the immigrant families in Globeville. Many immigrants were somewhat suspicious of doctors, had little money and spoke limited English, so it was up to the mother to do the nursing when a member of the family was sick. Mustard plasters, a paste made from mustard seed and encased in a cloth coating, were used to treat bronchitis, pneumonia, chest congestion and wounds. Healing techniques brought from the Old Country, such as strong tea brewed from sage, chamomile or yarrow were given to those suffering from indigestion, nausea or sluggishness. Ear aches were treated with a sock filled with oats, heated in the oven and applied to the ear. Kerosene, menthol, and the ever dependable whiskey and honey were also useful remedies.
If these methods were not effective enough, medicines could be purchased at the Globe Pharmacy or Harry Heck's Drug Store. Balsamea, a tonic expectorant, promised relief from bronchial colds, chronic bronchitis, croup and hoarseness - for 50 cents. The Martinitz Remedy Company at 3036 Humboldt in Elyria made liniments, cough remedies, formulas that purified the blood and a wonder salve. To appeal to the immigrant population, the company's ad was written in both Slovenian and English. A belief in these methods probably aided in their effectiveness. 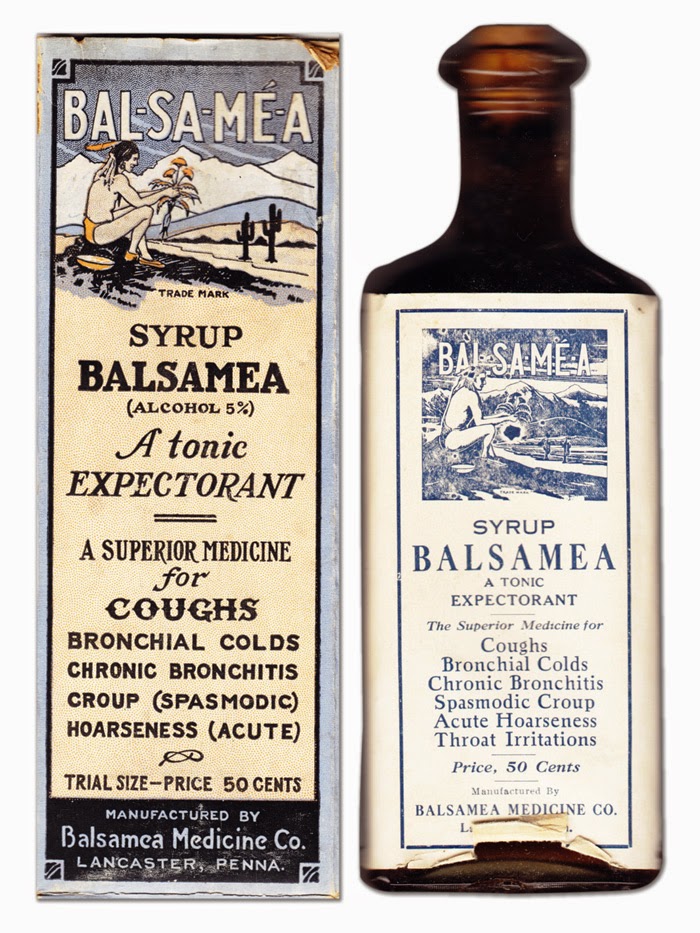 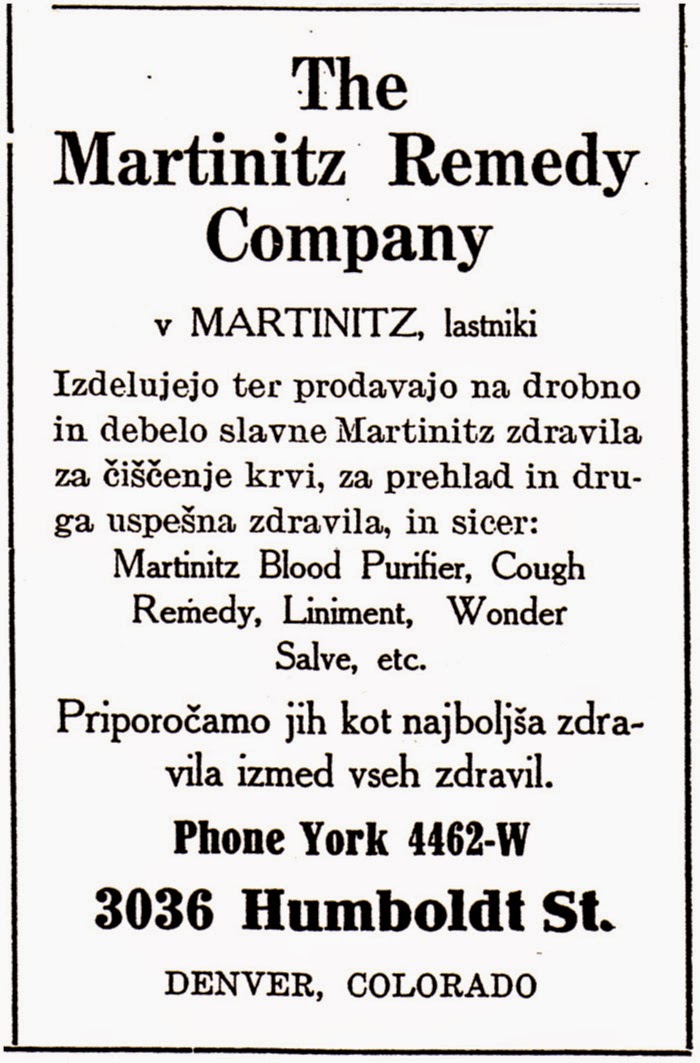 Posted by Mary Lou Egan at 7:05 PM No comments: