When the Globeville Veteran's Monument was dedicated in 1948, there were 16 names inscribed on the memorial. The name of Joseph Zalar would be added four years later, the only listing from the Korean War.
Joseph Yelenick remembered, "He didn't have to go - that's the thing - but he didn't have any plans after high school, so he enlisted. He had this great car, a pretty little coupe, and he asked his mother to take care of his car while he was in the service. He was killed and his mom was driving around in this really fancy car."
Joseph was the son of Anton and Mollie Zalar and, with his older sister, Betty Ann, attended Holy Rosary School. Friends remember his as friendly, optimistic and having some artistic talents, which were evident in his drawings and sketches.
A member 17th Infantry Regiment, 7th Infantry Division, Joseph was killed in action November 22, 1951. In addition to the Globeville memorial, Joseph is remembered on the Colorado Freedom Memorial,  Panel: 20, Column: 3, Row: 64. 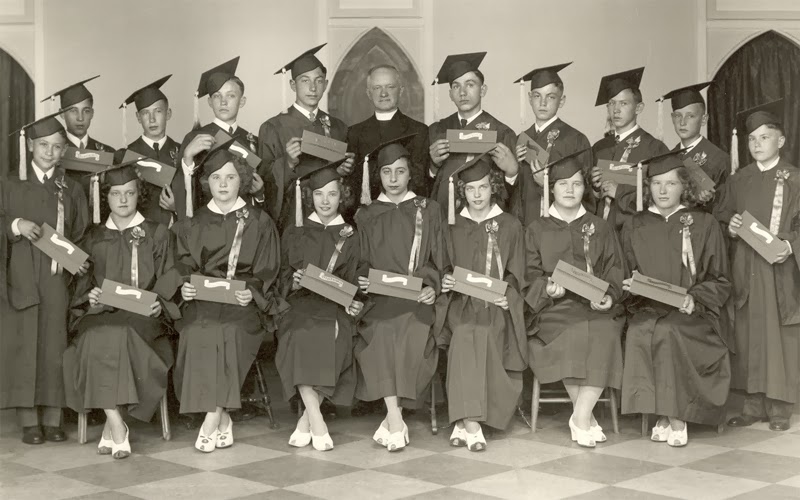 Joseph Zalar is the second from left in the back row,
eighth grade graduating class from Holy Rosary School, 1943 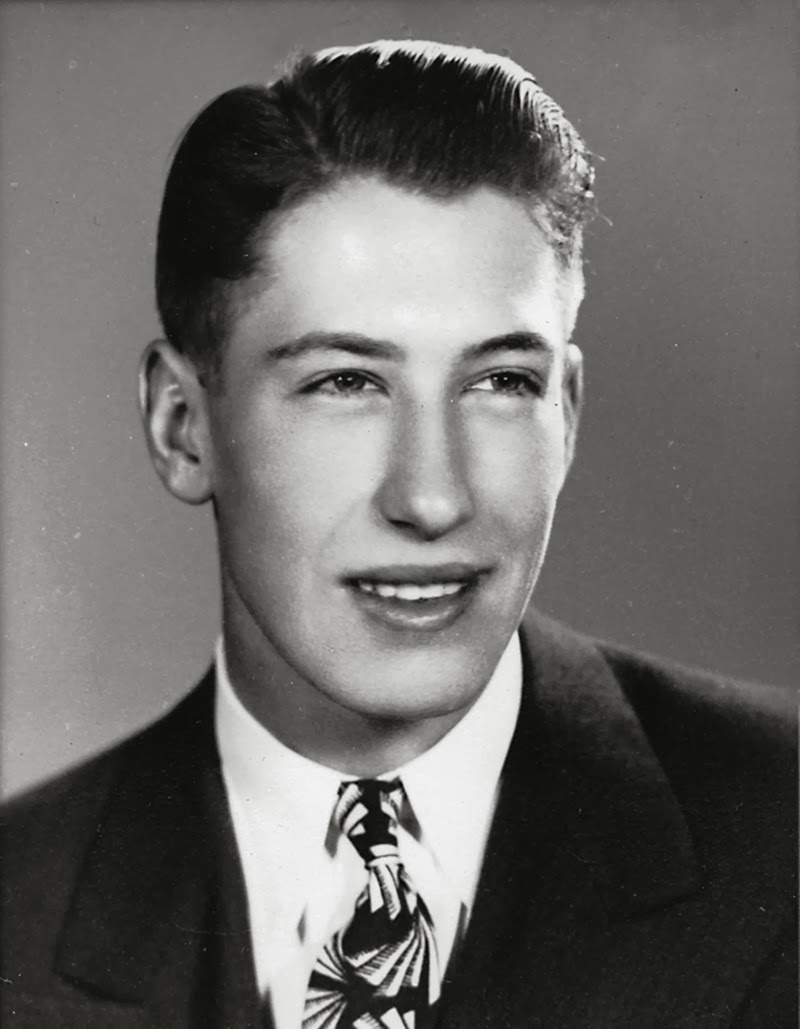 Posted by Mary Lou Egan at 4:15 PM No comments: