Father Canjar would succeed Monsignor Judnic at Holy Rosary in 1959, a time of turmoil in both the church and in the neighborhood. January 1959 signaled the beginning of the Second Vatican Council, which introduced sweeping changes in liturgy, lay participation, interaction with other Christian denominations, and involvement in social issues. In a parish where the Mass had been said in Latin, and the homily delivered in both Slovenian and English, the changes were viewed as monumental.

There were also big changes in the neighborhood. The Stapleton Public Housing brought "outsiders," Mexicans and Blacks, into the tightly-knit community - they were not welcome. But Father Canjar reached out to the newcomers, regardless of their ethnic or religious background. ”Father Canjar felt that when people asked for help, we needed to respond,” said Jerry and Janet Wagner. The Wagners owned a small grocery, and, with cash donated by Father Canjar, began making up food baskets for Christmas. “Depending on the size of the family, there would be a couple of chickens, potatoes, beans or a sack of flour, enough to make a meal.” Father Canjar was also active in anti-poverty programs and was elected to the North Denver Action Center, a part of the Model Cities program.

The construction of I-25 and I-70 during the 1950s and 60s displaced many parishioners and businesses and demoralized the neighborhood. Another blow to the community was the record-breaking Platte River Flood of 1965, but Father Canjar worked tirelessly to clean and repair the parish buildings afterward.


Father Canjar retired from active ministry June 9, 1996 after 47 years of service. He moved to the Gardens at St. Elizabeth's where his sister Mary also lived, and then to Mullen Home, facing many physical challenges with courage and grace.  Father Canjar passed away November 20, 2014 and is buried at Mt. Olivet. He is survived by sister Lucille (James) Stanaway, sister-in-law Mary (Leo) Canjar and numerous nieces and nephews, and was preceded in death by his parents, brothers Frank, Ray and Leo; sisters Helen, Mary, Catherine, Florence and Margaret. 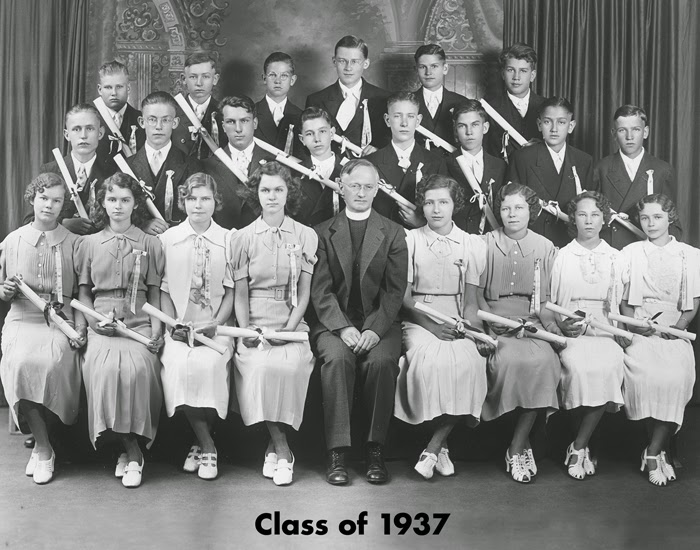 John Canjar is the tallest young man (with glasses) in the back row.
1937 graduating class from Holy Rosary 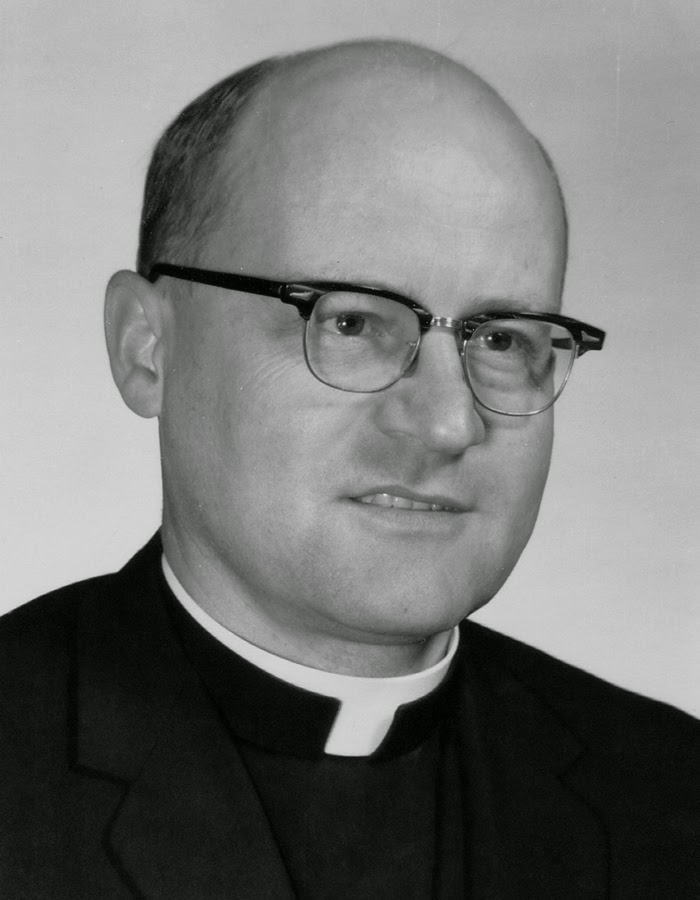