The Globeville Recreation Center was dedicated in 1920 as the Community House and became a gathering place, with an auditorium for plays, movies, dances, social functions, meetings and the home of a thirteen-piece orchestra.
The August 21, 1927 issue of the Denver Post reported that some 4,000 people in Globeville were served by Community House. 1. Over the years, additions and modifications have been made to the building, and the name has been changed to the Globeville Youth Center, then the Globeville Recreation Center. What seems to be constant is the city's lack of commitment to the neighborhood - residents pay taxes for services they don't receive.

That is about to change.

Birdseed Collective had been operating a food pantry at the center, as well as art programs. Now Birdseed will be able to develop programs for the community it knows so well.

Join the community for a Thanksgiving dinner at the center on Saturday, November 17th from 2:00 pm until 6:00 pm and see what the future will bring. 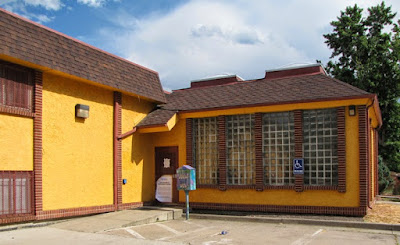 Many of Globeville’s immigrants came to America during the 1890s to escape the political unrest, constant territorial wars and changing borders in Europe. Young men wished to avoid conscription -  a six-year term in the military of the empire that had absorbed and erased your nation. But war eventually caught up with Globeville, exploding during the summer of 1914 following the assassination of Austria’s Archduke Franz Ferdinand. By August 1914, all Europe had chosen sides and mobilized their forces, hoping to settle old scores and regain territory lost in recent conflicts. The United States wanted to remain neutral and so did Globeville. But by 1917, Germany’s unrestricted submarine warfare had destroyed Allied, neutral and civilian ships, cost innocent lives and changed public opinion. When Congress declared war on Germany on April 6, 1917, the announcement was met with enthusiasm, patriotism and romantic notions. For some Globevillians, the war offered an opportunity to prove that they were loyal citizens. Others sought adventure or wanted to fight for their adopted country. By the time the Armistice was reached, the world and the Globeville neighborhood would be forever changed.
On November 11,1918, Poles in Globeville felt enormous pride in the restoration of their homeland. Their country had ceased to exist for more than a century after Germany, Austria-Hungary and Russia carved it into three sectors in 1792.
Yugoslavia, the Kingdom of Serbs, Croats and Slovenes, was created in 1918.
The Russian Revolution in March 1917 meant Russia was out of the war and helped the allies. But it meant Holy Transfiguration lost contact with Orthodox Church officials, credentials and records. The church had been funded by Czar Nicholas II and lost its financial backing.
After the Revolution, German Russians were caught in a new conflict - regarded with suspicion by Bolsheviks, by Germans and the Allies. Their lands were seized by the new collectives and many were imprisoned in Siberia.
Although America had been triumphant, attitudes had changed and Americans turned inward. There were severe restrictions on immigration after the war, and citizens of Globeville found it difficult to bring family members to this country. Many lost touch with relatives and friends. The war also fostered suspicion of anyone who might be a Communist, Socialist, or anarchist led to a Red Scare that questioned the loyalty of Globeville’s people. By the end of the Great War, seeds were already planted for the next war. 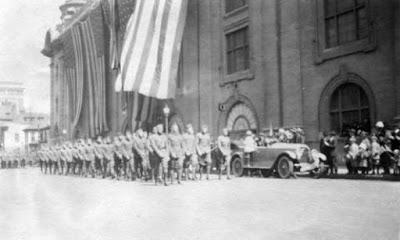