One of my favorite houses is gone. I travel through Globeville at least once a week and drive around to check on the places I love - barns, iron fences, shotgun homes built of railroad lumber. I reflect on the pride settlers must have felt in building these structures.
I hadn’t been on Brighton Boulevard for some time because of all the construction, and when I discovered the home at 3543 Brighton was gone, it felt like losing a family member.
Brighton Boulevard was once called Wewatta Street, and the area was platted as part of the Ironton subdivision in 1881. There were jobs nearby: Rocky Mountain Ore Production Works, Denver Rolling Mill, Colorado Iron Works (where The Source is today), Denver Ore Sampling Works, and the Omaha and Grant Smelter. By the late 1880s, single-family homes on 25-foot lots were starting to sprout up along Wewatta and Delgany Streets, close to the heavy industries. (It was advantageous to be able to walk to your job).
The home at 3543 Wewatta was built in 1888 by William A. Farrow, who worked as a stone cutter for R.C. Greenlee and Sons, a firm that specialized in masonry and decorative architectural elements. Farrow demonstrated his artistic skill on his own home. Delicately carved lintels and faces adorn the windows, and stone quoins mark the corners. Even the chimney is decorated. This exquisite little gem is gone. If you google 3543 Brighton Boulevard, you can see what’s being built there now.
I get it - this tiny home sold for $400,000 and is worth more as redevelopment than as a historical site. Although the RiNo (RiverNorth) neighborhood touts its industrial roots, evidence of that story is being systematically erased, and with it, the community’s history and personality. The generic condos and apartments that line Brighton Boulevard could be anywhere - Glendale, Broomfield or Aurora. The area once attracted artists, painters, sculptors, and fabric designers, because is was more affordable than lower downtown. Can artists even consider the district now?
One artist, William A. Farrow, has had his work demolished. Farrow will join the nameless craftsmen whose artifacts are acquired by salvage firms and find another life in some new condo or trendy tavern - maybe even in RiNo. 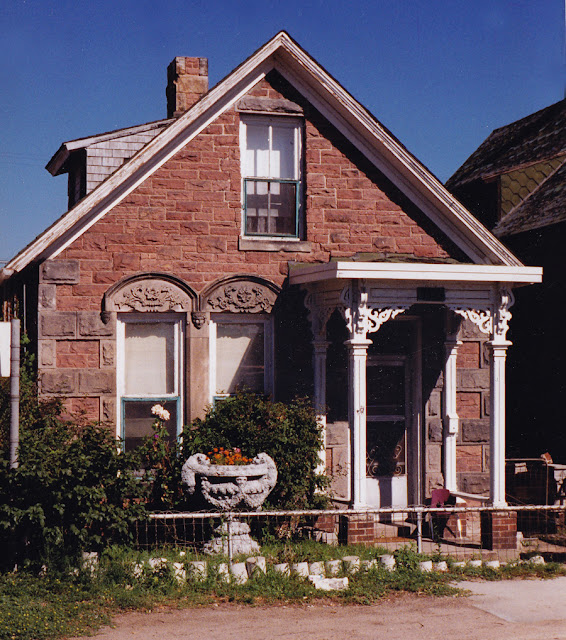 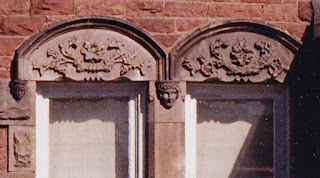 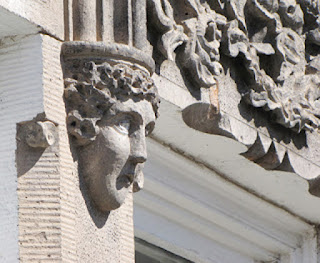 With the completion of the Broadway Extension project,
Wewatta Street was renamed Brighton Boulevard
by the Denver City Council in 1924. Denver Urbanism