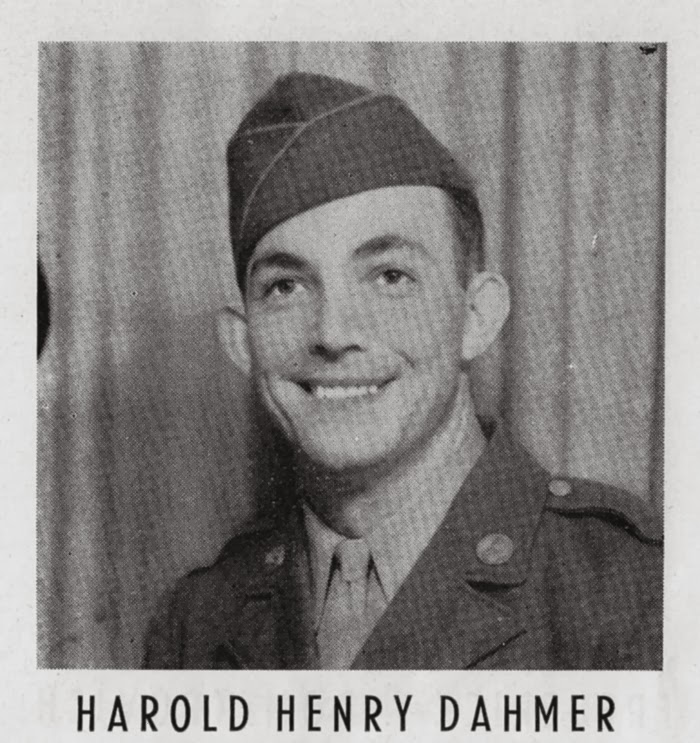 The last three names listed in the Globeville Veteran's memorial book were John Robert Gracey, Edward Jay Milton, Jr. and Harold A. Schafer with the notation "no photo or information available." Although these veterans' names were engraved on the memorial itself, the circumstances of their deaths were not available at the time the monument was dedicated in 1948. But they have not been forgotten. Each of these servicemen from Globeville is honored for their sacrifice on the Colorado Freedom Memorial, Springhill Community Park, 756 Telluride Street, Aurora, Colorado, 80011.
Colorado Freedom Memorial

John Robert Gracey was a Fireman 1st Class, a member of the Naval Reserve and killed in action. He memorialized on Panel 12, Column 1, Row 26.
Colorado Freedom Memorial

Edward Jay Milton, Jr. was a Gunner's Mate 3rd Class in the Navy who was killed in action. He is honored on Panel 3, Column 4, Row 34.
Colorado Freedom Memorial

Harold A. Schafer was 28 years old when he was killed in action December 10, 1944. A Sargeant with the Army Air Corps, Harold is buried at Fort Logan and listed on Panel 8, Column 2, Row 32 of the
Colorado Freedom Memorial 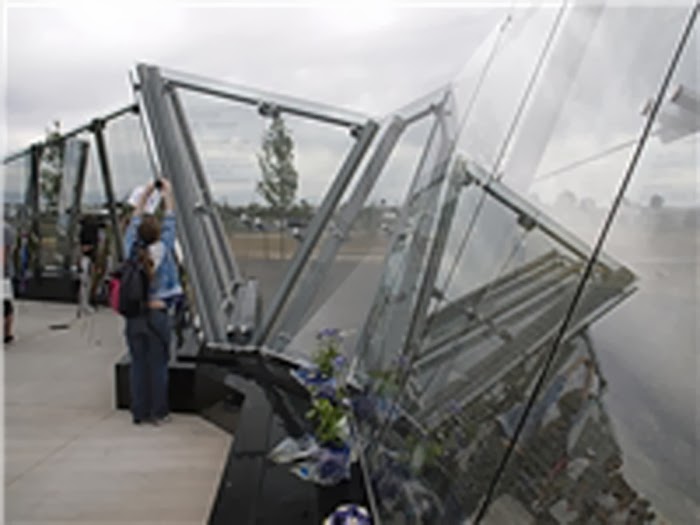 Lester Samuel Riedel was born on June 10, 1921 and enlisted in the Army in August, 1942. Riedel received training at Fort Bliss, Texas, Indio Desert, California, and Richmond, Virginia before departing from Fort Devins, New York, for England to participate in an assault on the European mainland. With 531st Anti-Aircraft Battalion, Battery C., Riedel invaded France on "D Day plus ten" and was killed in action July 11, 1944, near Cavagney, France. Riedel was awarded the Purple Heart, European Theater and American Theater Medals, the Good Conduct and World War II Victory Medals. Riedel was survived by his parents, Mr and Mrs. John Riedel, brothers Lee, Alvin,  John Jr., and Ralph Riedel, and sister Caroline Haubert. 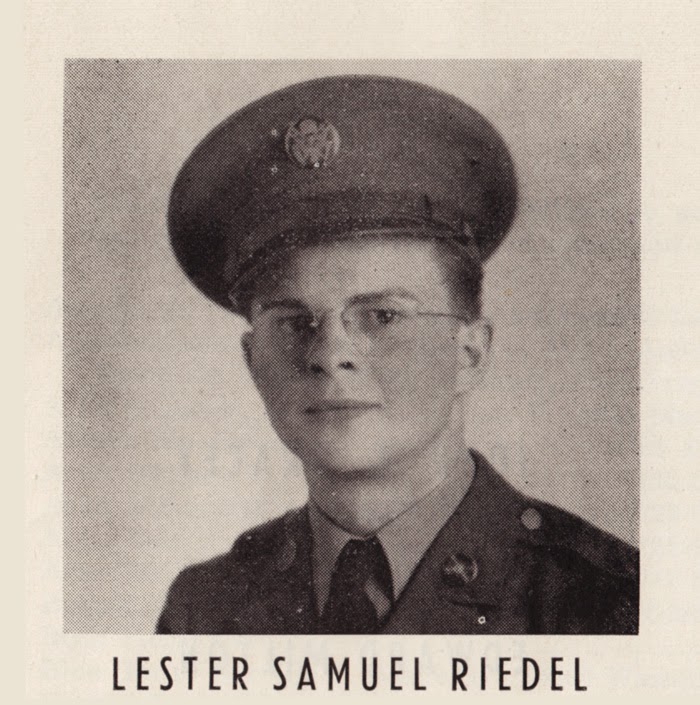 The Tezak family lived on 47th Avenue, right across from Holy Rosary Church. Frank was born on May 6, 1923 and enlisted in the Army Air Corps on March 18, 1943. Tezak received specialized training at Stephenville, Texas and was assigned to the 99th Division of the 395th Infantry- the Checkerboard Division. Tezak departed the US for the European Theater Setptember 23, 1944, was assigned to the First Army under General Hodges and participated in major European battles. Tezak was killed in action  March 1, 1945, near Cologne, Germany. Tezak received the Purple Heart, European Theater and American Theater, and World War II Victory Medals. Tezak was survived by his parents Mr. and Mrs. J. Tezak, and brothers Joseph, Anthony and Louis Tezak. Tezak is one of the men who is honored on the Colorado Freedom Memorial - Panel 9, Column, Row 19.
Colorado Freedom Memorial 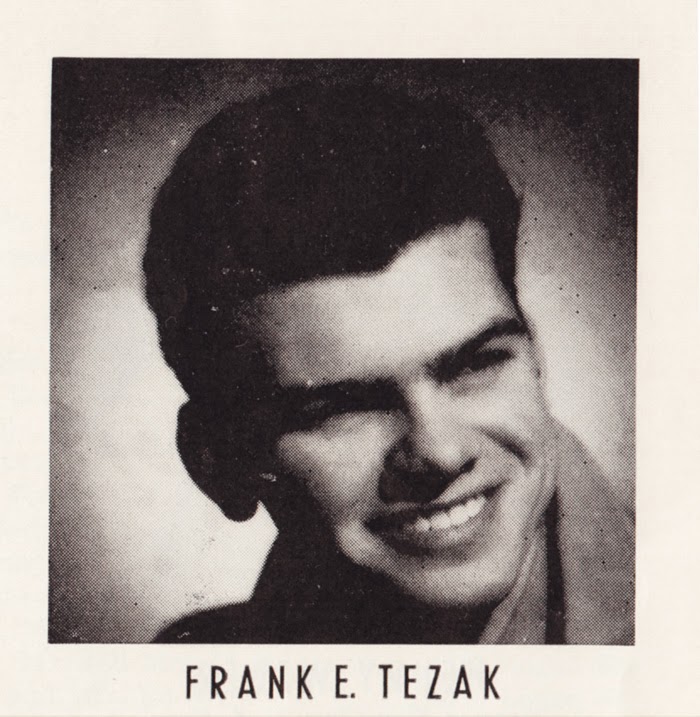 When France fell to the Nazis in June 1940 many in the United States felt the conflict edging closer and may have motivated eighteen-year-old Henry Weber to enlist in the Navy in October. After receiving his basic training at San Diego, California, Weber was assigned to the USS California, one of the battleships sunk at her moorings during the attack on Pearl Harbor. Initially reported Missing in Action, Weber was later confirmed as wounded and assisted in the defense of Pearl Harbor. Weber was then assigned to the destroyer, USS Barton, which was sunk in the battle of Savo Islands, November 13, 1942. This time, Weber was confirmed Missing in Action. Weber was awarded the Purple Heart (2), American Defense, Asiatic-Pacific, American Theater, and World War II Victory Medals. He was survived by Mr. and Mrs. John Weber, sisters Molly Seegar, Pauline Wolf, Natalie Brantner, Amelia Campbell, and Matilda Weber and brothers Samuel, Reuben and Albert Weber. 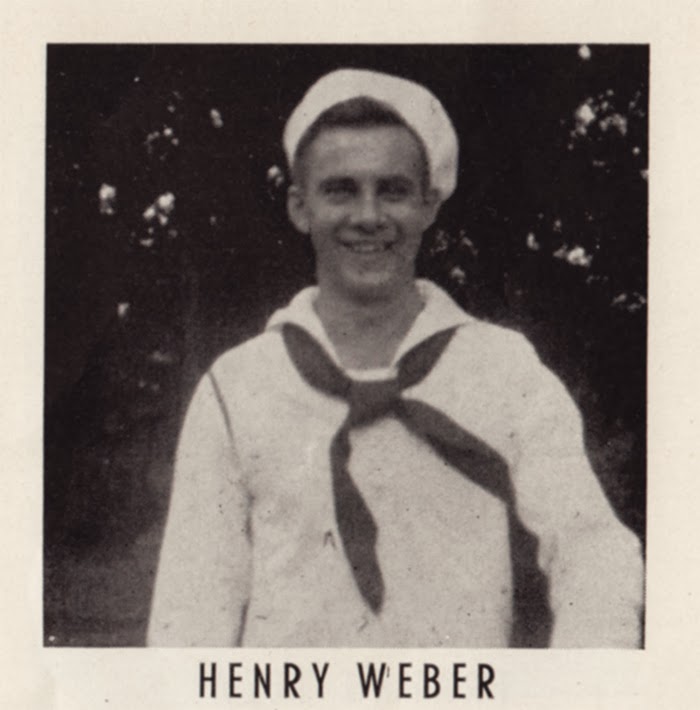 Posted by Mary Lou Egan at 8:27 PM No comments:

Samuel Graff was 24 years old when he enlisted in the Army and traveled to Camp Roberts, California for basic training in November, 1943. Assigned to the 41st Division, 163rd Infantry, Company I, Graff participated in operations in New Guinea, Netherlands, East India and the Philippines. Graff was killed in action during an invasion of Mindinoa, Sambo Ango on March 19, 1945 and received the Purple Heart, Asiatic Pacific, American Theater and World War II Victory Medals. His family were members of the First German Congregational Church in Globeville and he was survived by his sisters Natalie Befus, Ruth Mitchell, Irene and Rosalie Graff, and brothers Carl and Alex Graff. 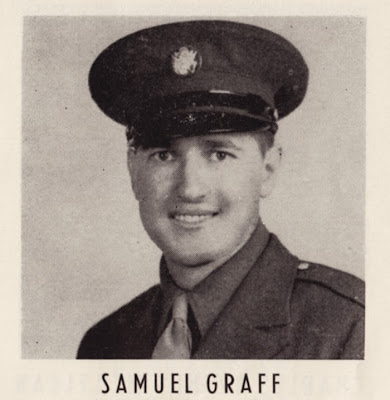 Charles Arthur McClellan was 25 years old and married when he enlisted in the Navy March 6, 1942. He did his basic training in San Diego, California and was assigned to LST-455, a repair ship, as an electrician's second mate. McClellan was reported "missing in action" September 12, 1943 as a result of a direct hit by enemy bombers during a bombing attack in the South Pacific. McClellan received Purple Heart, Asiatic Pacific, American Theater and World War II Victory Medals. He was survived by his widow, Mrs. Helen Kornafel McClellan, and his mother, Mrs. H. W. McClellan. 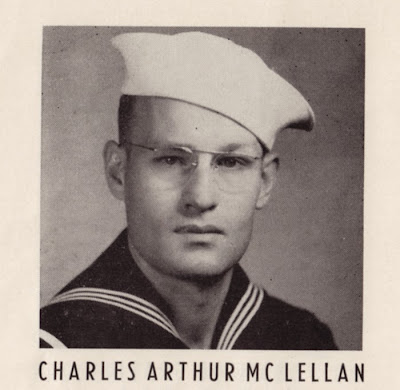 29-year-old Albert R. Metzger enlisted in the US Army Air Force January 6, 1941, before the United States entered the conflict and received his basic training with the 120th Observation Squadron of the National Guard.  Metzger was later assigned to 153rd Observation Squadron and departed the US in August 1942. As a Liaison Pilot in Bath, England, Metzger received orders to server as an observation pilot for the 190th Field Artillery and was killed in a crash near Market Livingston, England, June 27, 1943. Metzger was awarded the Purple Heart, American and European Theater Medals and was survived by his parents, Mr and Mrs. John Metzger, and sisters Gertrude Metzger and Mrs. Alma Hartfiel. 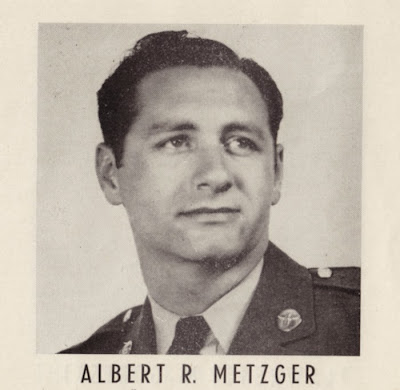 Posted by Mary Lou Egan at 3:58 PM No comments: