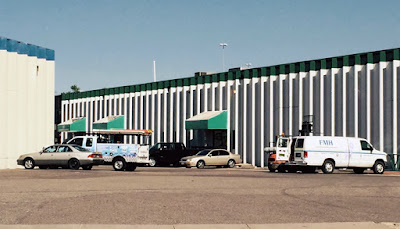 Today the site is occupied by nondescript warehouse and distribution structures, but Sarah Cousins Sims remembered when North Broadway was a block of small family homes. “We came to Denver from Kansas. My father decided he could progress more in Denver than he could in Atcheson so we came out here in 1909 and he purchased a house at 4229 North Broadway. North Denver at that time was a mixture of all nationalities: we had an Italian family on the south side of us and, on the north side, we had a German husband and wife.
“We went to Garden Place School. . . I think we were the only Negroes, at least around there. But there were all nationalities there at that time, and nobody really thought anything about whether we were white, Negro or what. We were all just sort of one family then.” 1.
Sarah’s family was part of the great western migration of African Americans in the years following the Civil War. These newcomers were seeking economic opportunity, homestead land, a healthy climate and less racial oppression than in the South or Midwest. Sarah’s father, Charles L. Cousins worked as a porter for the Pullman Company for thirty-three years and raised a large family. By saving ten percent of every dollar he made and teaching himself construction skills, he was able to purchase run-down buildings in the Whittier Neighborhood and repair them with salvaged material. Cousins walked from his home in Globeville to the building site and worked on the restorations on his days off from the railroad. The renovated properties were then rented at modest rates, and Cousins acquired more projects while teaching construction and repair skills to his son and other young men in the neighborhood. 2.
The family would move from Globeville to the Whittier Neighborhood in 1917. Cousins continued to build and rent properties, making housing available to his people at a time when covenants and lending practices restricted African Americans. A leader in the African American community, Cousins passed away in 1962, and his wife Alta in 1971. The Cousins family continues to operate many of the properties he built. 3. 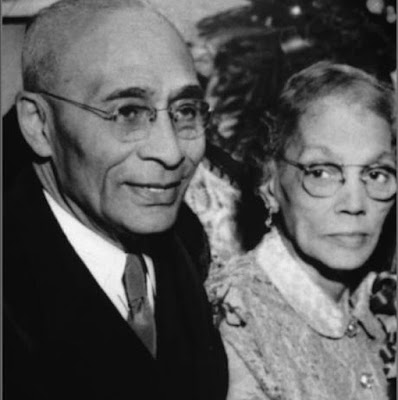 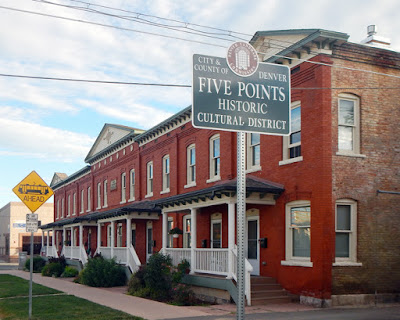 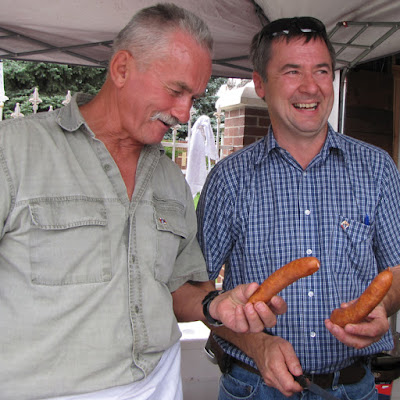 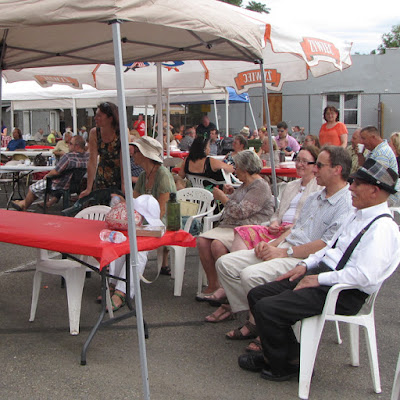 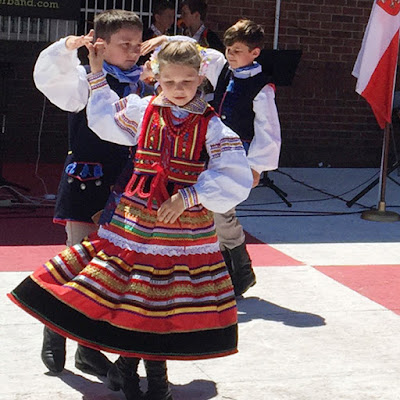 Coloradans rejoiced when the Denver Pacific Railroad's first train steamed into Denver on June 22, 1870, and celebrated again when the Kansas Pacific arrived in August. Now the territory was connected to the rest of the nation and settlers had access to supplies, markets for their products and mail. To an economy dependent on minerals and mining, railroads also promised an outlet for Colorado's gold and silver.
In 1878, the Boston and Colorado Smelter relocated from Black Hawk and built a large plant west of the Platte River, taking advantage of the confluence of rail lines on the plains. The Omaha and Grant Smelter opened in 1882 and the Globe followed in 1889. Foundries, pattern shops, brick yards and businesses that supported mining grew along the rails, as well as meat packing plants and machine shops to service the railroads. Within a generation, a rural outpost had become the industrial town of Globeville, surrounded by railroads.
The rail lines appear on maps with the names changing with each merger or acquisition: the Denver Pacific and the Kansas Pacific would become the Union Pacific (1880); the Colorado and Southern (1898); the Chicago, Burlington and Quincy (1901); the Denver and Salt Lake (1912), and the Denver and Interurban (owned by the Colorado and Southern).
Today, there are only two rail lines: the Burlington Northern and the Union Pacific, and they still encompass and define Globeville. 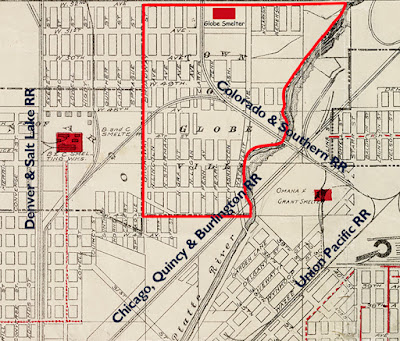 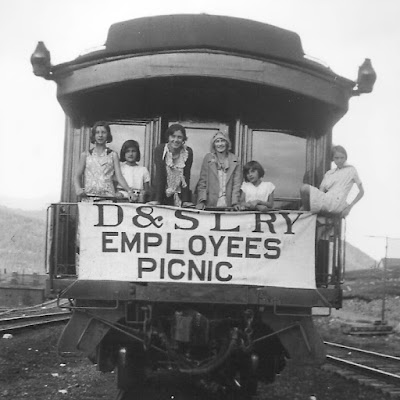 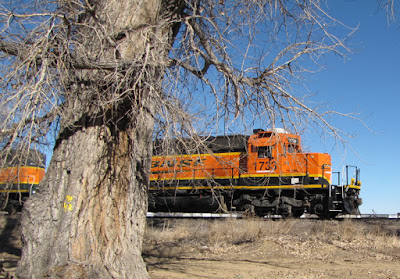