The headline in the Denver Post proclaimed “Beautiful Boulder Is Now Within 55 Minutes of Denver,” and the story that followed described clean, efficient passenger service on low-cost, electric trains. The article was not about some imaginary light rail system of the future, but an enthusiastic report of the inaugural run of the Denver & Interurban Railroad of June 23, 1908. The Denver & Interurban was worthy of some excitement, providing service every hour between Denver and Boulder with stops at Globeville, Westminster, Broomfield, Louisville, and during the summer, the resort of Eldorado Springs. The Denver Post continued “the electric cars can attain the speed of a mile a minute. . . and passengers are not annoyed with cinders, smoke and dust.” The fare was fifty cents.

The line operated from the Denver Tramway’s Interurban Loop at 15th and Arapahoe Streets, which made it easy for passengers to transfer from any of the city’s streetcar lines. From there, the train traveled to the 23rd Street viaduct, past the Interurban shops at 36th and Fox and east on 45th Avenue to Washington Street in Globeville.

The Globeville station was a small building at 5125 Washington, rented from owner John Bohte for $25 a month. Ed Wargin recalls “If we wanted to go to Eldorado Springs, we’d buy our tickets at the station. It was a store-front kind of a thing with a big old pot-bellied stove.”
Globeville was the edge of the Denver city limits and the place where the switch was made from the tramway connector to the overhead electrification system, the pantograph. It was also the scene of the line’s only major wreck, when two cars collided on Labor Day 1920, killing 12 and injuring 214. The holiday may have contributed to the disaster; the cars were overloaded and the motormen called in to handle the extra crowds were inexperienced.
The cars involved in the wreck were restored, but the Interurban suffered financially from the settlements awarded to the survivors. After World War I, cars were more affordable, highways were improved and more people wanted to drive. The Interurban electric cars ceased operations in 1926. 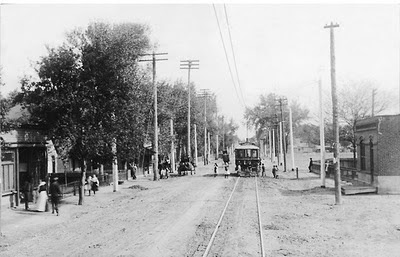 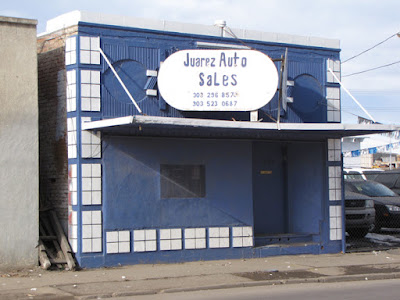 Wow what a shame this still doesnt exist today.

It is a shame that we don't have an interurban today.

I wish the ticket office could be restored.